Most of our holidays start and finish in Metro Manila - the vibrant, bustling capital city of The Philippines. 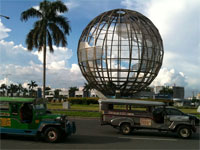 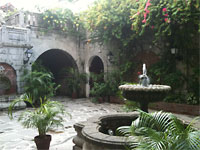 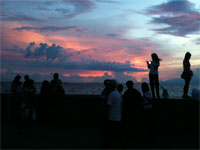 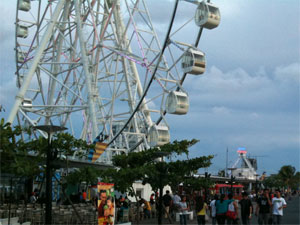 Although there is still evidence of its Spanish-American past, Manila has now been transformed into a modern, cosmopolitan bustling megalopolis of 17 cities and municipalities, home to over 12 million inhabitants.

You'll be sure to pick up a bargain in the modern shopping centres, and be sure to make the most of Manila's lively nightlife. There are countless bars, restaurants and cafés.

"This was a really wonderful introduction to a fantastic country. We will definitely be heading back." More testimonials...

The historic heart of Manila is found inside the walls of Intramuros - the original fortress built by Miguel Lopez de Legazpi when he took control of the city on behalf of Spain in 1571.

American bombing destroyed much of the city in the Battle of Manila at the end of World War II, but San Augustin Church survived. The church was nominated as a World Heritage site in 1993 due to its historical and cultural value.

Casa Manila, a restored 19th century Spanish colonial house, is now a museum, and close by, alongside the Pasig River, is Fort Santiago - once the main defense fortress and centre of power for the Spanish colonial military.

Here, he was imprisoned, writing his ﬁnal farewell (Mi Ultimo Adios) before being executed on 30th December 1896.

Rizal Park is located in the centre of Manila at the northern end of Roxas Boulevard, overlooking Manila Bay. This is a major tourist attractions of Manila, with regular concerts being played at its open air auditorium.

The MOA Eye, near the Mall of Asia, Manila Bay, was named after the London Eye in the UK, and is the Philippines largest ferris wheel.

Eating Out & Nightlife in Manila

Dining in Manila is such a delight, and one will be absolutely thrilled by the exciting blend of Philippine, Spanish, Malay, Chinese and American influences.

The people of Manila have acquired an urban cosmopolitan air about them, but have managed to retain their warm and friendly smiles that have made Filipino hospitality renowned throughout the world.

Manila started as a small tribal settlement along the Pasig River before it became the seat of Spanish colonial rule in Asia during the 16th century. For more than 300 years,

Manila served as the centre of Spanish military might in the region, and an important port in the trans-Pacific galleon trade.

The Philippines for Business

Today the Philippines has become an excellent outsourcing hub, with a well educated, English-speaking workforce, and it was named Best Offshoring Destination of the Year (2009) by the UK's National Outsourcing Association. Read More...

Day Tours of Manila, and Manila Based Excursions

Day Tours recommended include a Manila City Tour, with a visit to old Intramuros, (described above), a cruise to the historic Corregidor Island Fortress, a day's excursion to Villa Escudero with its showcase of rich Philippines cultural heritage, Pagsanjan Falls, & Hidden Valley. Mt Pinatubo Volcano Trek, and a journey to the Taal Lake and Volcano in Tagaytay.

Are you visiting Manila on a Cruise Ship? We can meet you and arrange a local tour of the capital, or provincial excursion. Please enquire >>