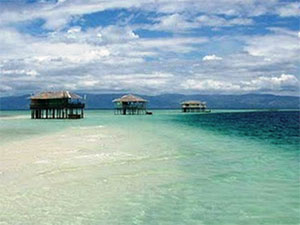 Many people visit Bais to take trips by boat for dolphin and whale watching. This is one of the best areas in the Philippines for seeing a wide variety of aquatic species in the Tañon Strait.

The Manjuyod Sand Bar is another popular destination in this stretch of water. Four cottage-style structures sit on the sand bar, which is often under water. It's a great place to snorkel, or sit with your feet underwater, enjoying a picnic!

Bais is also a popular destination for those who like to try game fishing. 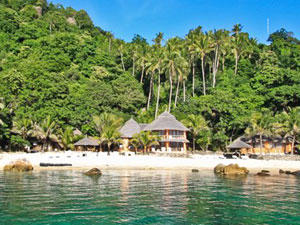 Apo Island is an island just off the south-eastern tip of Negros Island.

The marine habitat around the island is a protected reserve, and has become a popular dive site and snorkeling destination. Resorts on the Island have their own dive centres.

Apo Island is also renowned as a marine sanctuary, and home to many Sea Turtles. 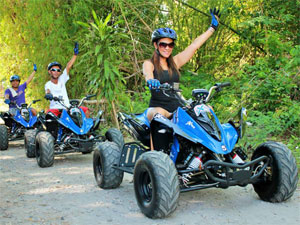 We've teamed up with a Dumaguete resort to offer an exhilarating four-wheel adventure. Over 3 to 4 hours you'll be guided up into the mountains to hidden hot springs that few even know exist!

Dumaguete is a university town, frequently referred to as the "City of Gentle People". The city has no high-rise buildings, and has a number of beach resorts, which particularly attract divers.

Easily reached by ferry from Cebu, visitors can enjoy dolphin and whale watching in the Tanon Straight, at nearby Bais City, amongst other activities, such as the City and Countryside Tour. 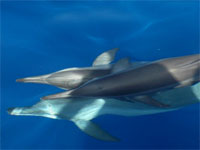 Dolphins off Bais in the Tanon Straight 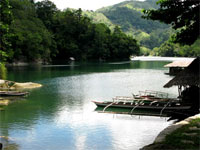 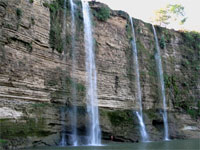 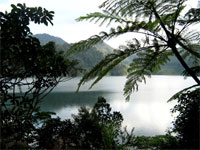 This is followed by a trip to Rizal Boulevard and Public Market, Provincial Capitol, Daro Claytown, & Sidlakang Negros.

After lunch, the tour visits Our Lady’s Garden, before heading to Valencia, on the slopes of Mt Talinis, (referred to as "The Baguio of the Visayas"). The name Valencia came from a priest who was reminded of his Valencia hometown in Spain, and it is one of Negros Oriental’s three interior towns cooled by their altitude and dense forest.

On the Sagbang promontory the Filipino-American-Japanese Amity Shrine indicates the site of the last, and most fierce WWII battle in Negros Oriental. Relics from this battle can be found in the privately-owned Cataal Memorabilia Museum.

Bacong and the church of San Agustin, which has Oriental Negros’ tallest belfry, the oldest main altar with gold-leafing and painted friezes, and a pipe organ from Zaragoza, Spain, which was installed in 1898 shortly before the revolution against Spain broke out

At Barrio Isugan we see the site of a battle between Filipino and American soldiers. The tour takes you along a string of beaches the length of the Bacong shoreline. Finally you will visit the Negros Oriental Arts and Heritage (NOAH) stone factory, which produces export quality stonecraft furniture, jewel boxes and fashion accessories.

Canlaon City has waterfalls such as Inihawan Enchanted Falls, Quipot, Pantao, and Padudusan, which has formed a natural water slide. In Siaton, the Balanan Falls is a prominent feature of the Balanan mountain retreat.

There are sevaral routes to the peak of Mt Talinis. With the assistance of local guides, you'll find the trek exciting and a challenge.

The entire region has many caves but an extensive karst phenomena in Mabinay gives it the title of "Cave Town of Negros Oriental". It is said that over 400 caves can be found here.

Enjoy horse riding around your resort, along the beach, or in the neighbouring hills.

For those who wish to undertake Yoga Classes we can offer this at Atmosphere Resort & Spa. See our Yoga Page >>