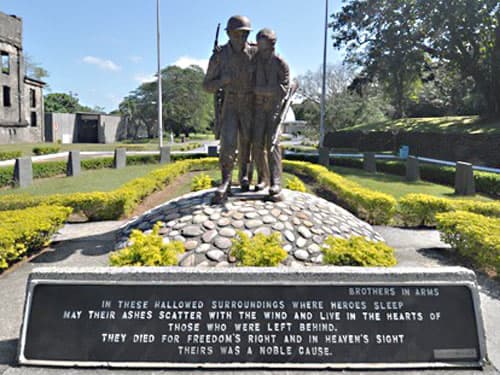 Corregidor Island is located at the entrance of Manila Bay, Philippines. Its location meant it was an ideal spot for defending the city of Manila from attacks by enemy warships in the event of war, and it was therefore fortified with artillery. 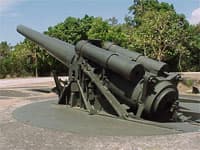 In World War II, Corregidor Island played a major role in the invasion and liberation of the Philippines from Japanese forces. Heavily bombarded, especially during the latter part of the conflict, the ruins that were left on the island now serve as a memorial to American, Filipino and Japanese soldiers who served or lost their lives on the island.

Today Corregidor Island is one of the important historic and tourist sites in the country.

Corregidor Island is a popular destination for visitors taking boat trips from Manila. It is also possible to stay overnight on the island. If you would like to incorporate a visit to Corregidor Island as part of your holiday itinerary, please ask.

Visitors to Corregidor Island are rewarded with the opportunity to learn about this small tadpole-shaped island's significant place in world history. See proof of the heroism and sacrifices of the American and Filipino soldiers who defended the country against invading Japanese forces during World War 2.